I built a digitally controllable switching circuit for the moog filter. I doubled up the differential buffer and connected one after the second pole and one after the fourth, giving 12dB and 24dB respectively.

After connecting a Vishay DG403 as a dual SPDT, I realised that the two outputs did not have the same DC offset anymore, so I had to move the balance trimmer to before the switch and duplicate it as well.

Resonance feedback is tapped after the 24dB buffer but before the switch, so resonance is always based on 24dB. 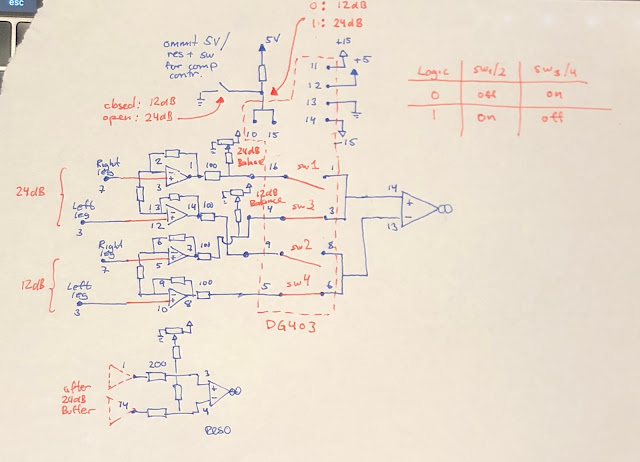