I just finished designing the PCBs for the 7-saw prototype. I decided to go for two separate modular panels, one with the slopes and mixing circuits/controls and one with 7 oscillators. As a result, I had to redesign the VCO board. Now, instead of having a single board with 7 VCOs, I have designed a board half the size but with four oscillators. The cards include a power bridge, making them stackable to get a 7 (8) oscillator unit. I also added interface points for linear fm and sync and a tap point for the raw wave if I would like to add other waveforms later. 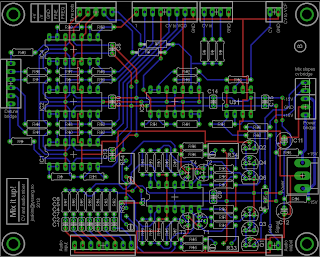 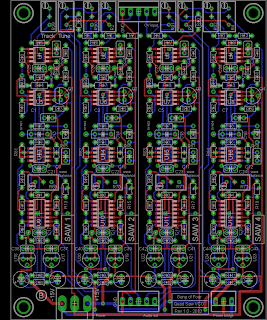 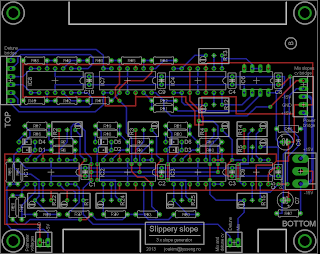